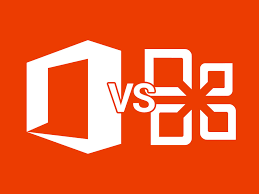 Two weeks ago, Microsoft backpedaled from a sweeping change on how it licensed retail copies of Office 2013, deciding that it would, after all, let customers move the software from one machine to another.

That reversal mooted the original end-user licensing agreement (EULA), which had permanently tied “perpetual” licenses — those paid for once, with rights to use them as long as desired — to the first PC they were installed on.

And it again made for fairly straight-forward calculations when trying to decide the better deal between buy-once-run-forever copies of Office, and the rent-not-own deals that Microsoft wants consumers to adopt.

Office 365 Home Premium, which costs $100 per year — or $10 per month — includes the right to install a top-end edition of Office 2013 or the business-esque edition of Office for Mac 2011, on up to five Windows PC or Macs in a household.

The trouble with Office 365, however, is that once a customer has committed, he or she must continue paying the subscription fee or lose access to the software.

That’s so different from the way people have licensed software for decades that some have had a tough time wrapping their heads around the concept.

The most important variables are first, the number of licenses a customer actually uses — or needs, which may not be the same — and second, the length of time between Office upgrades.

Analysts have said the upgrade average is five years. But not everyone upgrades Office that often, or that infrequently. Some hold onto Office for ages — many still use Office 2003, which is slated for retirement next year — while others lust for the newest, and so are ready to ditch Office 2010.

Conclusion: Households that needed Office on four or five machines should steer toward Office 365. But those that required one, two or three copies of Office were better off sticking with perpetual licenses of Office Home & Student 2013.

But those calculations had a flaw some saw as fatal: They did not account for what applications Office 365 Home Premium gave consumers.

The subscription includes a top-of-the-line version of Office 2013, one that includes not only Excel, Word, OneNote and PowerPoint — the quartet in the $140 Home & Student 2013 — but also the Outlook email client, Publisher and the Access database.

Yet some people need Outlook at home, others Access, in effect tossing a wrench into any calculations dependent only on Home & Student 2013.

The main point is that you have to do your homework.  Consider what you need, what you use and how you use it.  Make your decision based on what fits your needs best and you can’t go wrong.  There is a solution for everyone and now it isn’t necessary that a small business spend a fortune to outfit several office PCs with the loaded version of Office by taking advantage of Office365.